Porsche North America held its Second Annual Sports Car Together Fest over Labor Day Weekend at the Indianapolis Motor Speedway. Appalachian Region members were there for the weekend driving, volunteering and spectating and enjoying the events and races. 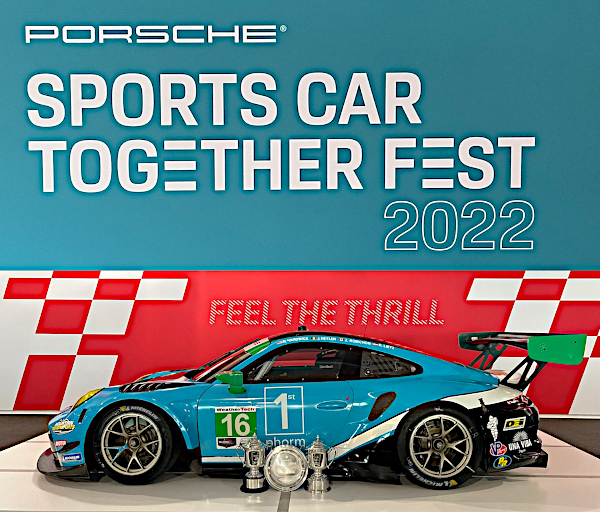 This year’s event highlighted Porsche’s performance models; the GT line of Porsches.  It was expected to be the world’s largest gathering of Porsche GT cars with a spotlight on the 50th anniversary of the RS model.

PCA was omnipresent at the event with a hospitality tent, RC car races and an Advanced Solo Driver Education event for Porsche GT owners.

The chance to drive on the legendary Indianapolis infield road course brought out Southeast Region drivers with two Appalachian Region track drivers, one Wilderness Trail driver, one Peachstate and one Heart ‘O Dixie driver.  The seven-hour plus drive to Indianapolis probably limited participation but it was good to see Appalachian Region represented with the largest number of drivers. 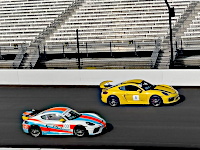 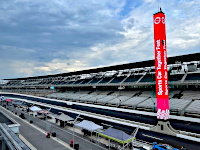 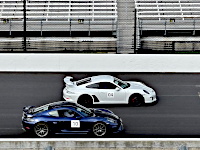 The author, Jim Moore volunteered at the event working the grid to help set up the false grid.  A grid job is good because I then had free time once the cars were on track to photograph the cars, visit the exhibits and talk with friends and Appalachian Region members such as Scott and Candida Moore who are new transfers into the Region and were also in Indianapolis enjoying the festivities.

In addition to the PCA HPDE event, the Porsche Carrera Cup was run with guest driver Jeff Gordon back out on the track after five years of being away.  Jeff is now an executive with Hendrick Motorcars so he was driving a Hendrick sponsored Porsche Cup car.  Jeff finished 22nd in the race; lower than he hoped but after so many years away from racing he achieved his goal of bringing the car home clean and having fun.  As he stated his finish was secondary.

It was interesting to note his goals because they were set very similar to what many of us set when we run a High Performance Drivers Education (HPDE) event.  They are often individual goals but usually at the top of every driver’s goals are to be safe and have fun.

In addition to all the racing action, there was a giant Porsche store and display featuring lots of goodies, a great display of the Classic Restoration Challenge cars and an Esports Championship.  Overall it was another great weekend of Porsche fun.