Without much effort I can place myself back to that day in the summer of 1977. My windows were down on my Peugeot 604; the A/C anemic at best. Yeah, it was a rare offbeat car but the V6/4 speed manual was entertaining for the time. The flexible ride and full leather cabin was not bad at all.

Heading west along Franklin Avenue at the town line delineating Waldwick from Wyckoff NJ there’s a rising left turn. What I saw next nearly caused me to find the ditch on the side of the road. It was this car that appear going in the opposite direction. Riveted by the impression my eyes darted to capture a glimpse of it’s shape and dimensions as it passed. I even stuck my head out the side window twisting to catch each angle.

I followed cars pretty closely but the Porsche 928 in person had a much different effect on me than the car I saw in car magazines. My impression was it was lower and wider than any car of the day. It was as sculpted and had flowing lines as if carved from a bar of soap.

Oh the Sound!
Those visceral inputs, the thick summer air, the whoosh of this amazing car passing in the opposite direction followed by an exhaust sound that was unheard of at the time. Could it be that Porsche made it’s own version of the muscle that had all but vanished from our roads?

PS
Cars Were Crappy Then
The late 70’s were in my opinion the bottom of the inverted bell curve of good rides. It’s hard to believe that the cars kept getting bigger as the power got lower and the interiors looked like they were designed by Superfly! (Man I love Curtis Mayfield!) 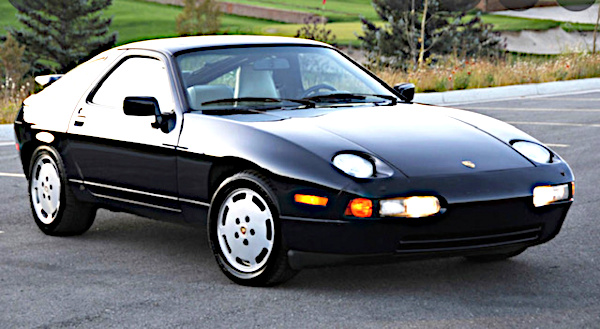