The South Creek Tour for the Club's Oenophiles

When the Region’s VP and Tour Chair John Goetzman first suggested a tour to a vineyard at the Tour Planning meeting, it was unknown whether there were enough Oenophiles (connoisseurs of wine) to make an event out of it.

As it turns out the drive to South Creek Vineyards with a picnic among the vines was as appealing to the Oenophiles and non-Oenophiles within the club.  The drive and comradery of the Porsche-philes made for a fun, enjoyable day whether one partook in the wine or not.

Don Lowcavage raised his hand to lead this drive since he has in-depth experience and knowledge of the Region’s Southern and Eastern roads.  Don recruited Bob Disney as his Sweep.  Club President Jim Moore led group two with Club Secretary Dave White as his Sweep. 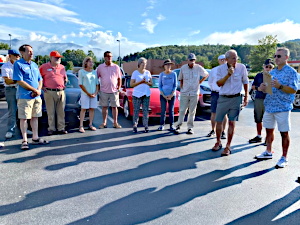 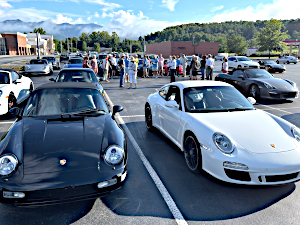 Don didn’t disappoint in his selection of roads as he introduced drivers to new roads and a fun Porsche driving experience from Black Mountain to South Creek Vineyards in Nebo.  The drive started with an ascent up NC-9 as we all quickly learned why it has a designation as a NC Scenic Byway, titled the Black Mountain Rag after an old fiddle tune.  The road is full of twists, turns, ups and downs just as the tune has. 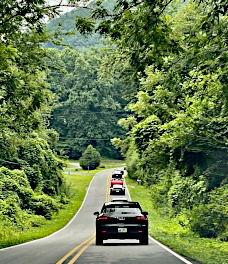 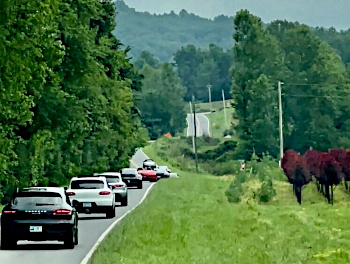 The tour cut across Old Fort Road where we climbed the shoulder of Mt Hebron and then came down the other side into Old Fort where the road is known as Bat Cave Road.

At one time Davidson’s Fort occupied Old Fort and was the last settlement prior to the mountain establishing the boundary between immigrant settlement to the east and Cherokee settlement to the west. The Old Fort/Bat Cave Road was an early mountain pass that eventually gave way to becoming an early mountain road with the advent of motor cars.  The continuous switchbacks that are now fun for us to drive were a necessary means for horses, mules and livestock to cross the mountain.

After a rest stop in Old Fort the tours continued onto Nebo through scenic meandering roads that delivered our Porsches to South Creek Vineyards, a quaint little Vineyard known for their award-winning Bordeaux style wines.  Members had a choice of a wine tasting of four of their reds and four of their whites or you could just buy a bottle of your favorite type of red or white.  They’re known for their reds so many chose their Cabernet while another group opted for a lighter white for an early, warmer day taste of wine.

South Creek owners Jim and Mary provided a short talk on their ownership and expansion of the vineyards.  They bought the vineyard in 2010 after living a corporate lifestyle and went about learning the wine business.  They have expanded production from 25 cases a year to over 75 cases of wine a year.  Their Bordeaux-style wines have won numerous awards of the years that are now too many to count. 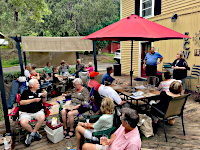 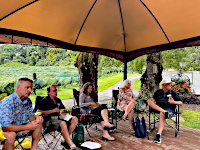 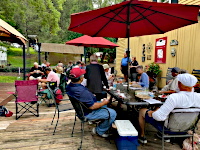 We were fortunate also that Jim and Mary donated one of their bottles of wine for our upcoming Oktoberfest MANNA Foodbank fundraiser on October 15.  Thank you to Jim and Mary for this contribution.

By 1:00 p.m. the Porsches were packed and headed for Asheville, Waynesville, Hendersonville and points in-between after enjoying another new experience in the Appalachian Region’s drive and dine events.  It was agreed by all that we should plan an annual Vineyard stop each year for our drive and dine series.

Thanks to the planning and driving teams of Don Lowcavage, Bob Disney, Jim Moore, Dave White and John Goetzman.

See you at an upcoming Appalachian Region Event.

For more information, look at the Appalachian Region calendar at this link: https://aprpca.org/356B/index.php/events 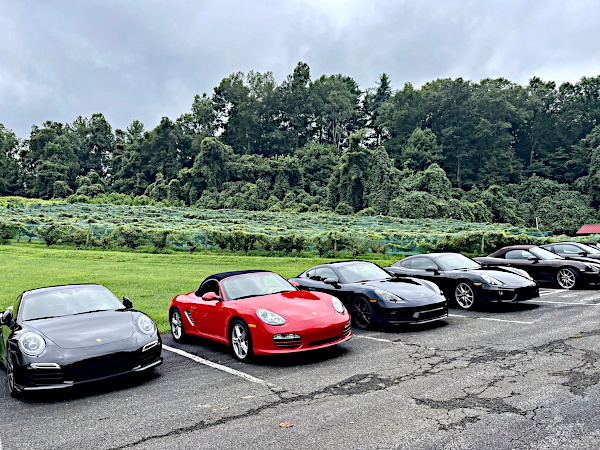 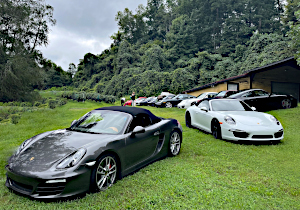 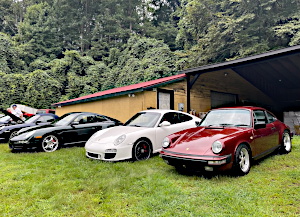 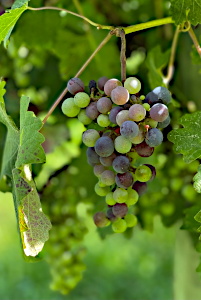 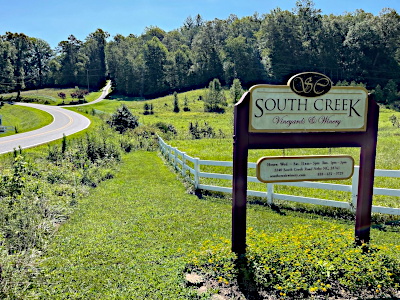