Fast and Furious for Appalachian HPDE Drivers at Road Atlanta 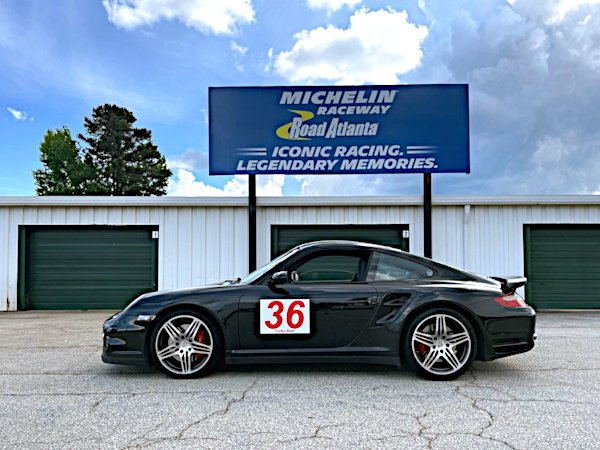 This was a new track for many of the Appalachian drivers but is sure to be a return track in future schedules.

Of the eight drivers, there were three in Group 1, two in Group 2, two in Group 3 and one in Group 4. The groups go from Group 1 Novice to Group 4, the most advanced driving group with open passing. 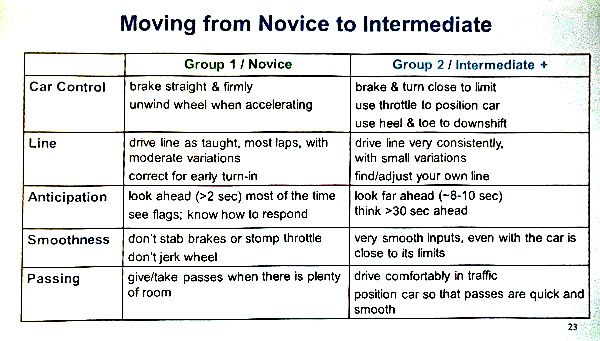 In Group 1 all drivers have Instructors in the car with them to coach them on the track and evaluate their track expertise.  Group 2 is an intermediate group of drivers with some cars still having the coach riding along and some cars having solo drivers who have demonstrated during a “check ride” that they have advanced to being capable of driving safely and consistently with good judgement on the track.

Groups 3 and 4 are more advanced solo drivers driving at higher speeds and with additional passing zones and in the case of Group 4 open passing on the track.  In all groups to pass the car being overtaken must indicate to the passing car when they can pass with an arm out the window indicating where and when to pass.  This provides for a safe weekend.  There were no incidents. 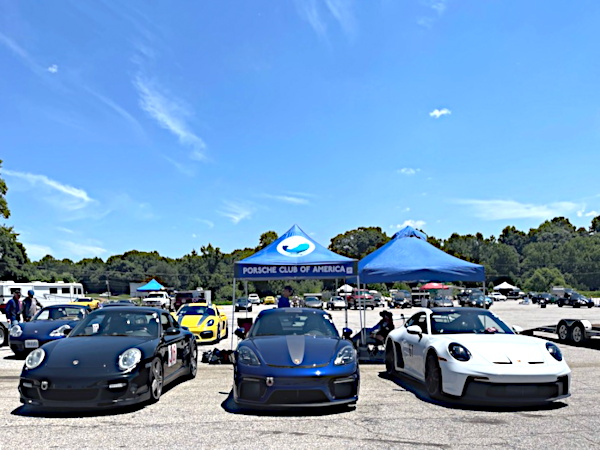 The Appalachian Region Team arrived together on Friday afternoon to claim a spot in the paddock where the eight cars, two tents and support vehicles could gather.

The focus is driving, but the socializing between driving on track is just as fun and enjoyable as we all discuss our recent runs and what we’ll be doing to improve for the next run. 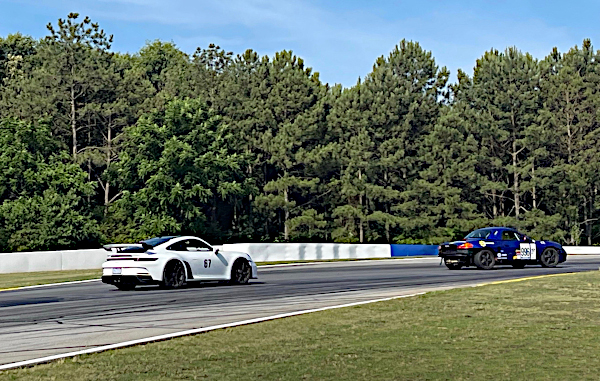 We had the disparity of a first-time driver up to the one of the most advanced drivers on the track who will top out over 151 mph on the back straight.  Everyone has come up through the system so we can all share the experience and tips on how to get better. This is the only way to really understand the capabilities of your Porsche in a safe environment.

In my own case, I drove Turbo Bear, a 2009 911 Twin Turbo. I know by the specs it is a fast powerful car, but until I took it on this high-speed challenging track, I had no idea what it was truly capable of.  As Don Therien commented after following me for a lap or two: “I was surprised to see how flat that car was taking the corners and of course the pull it had on the straightaways.” 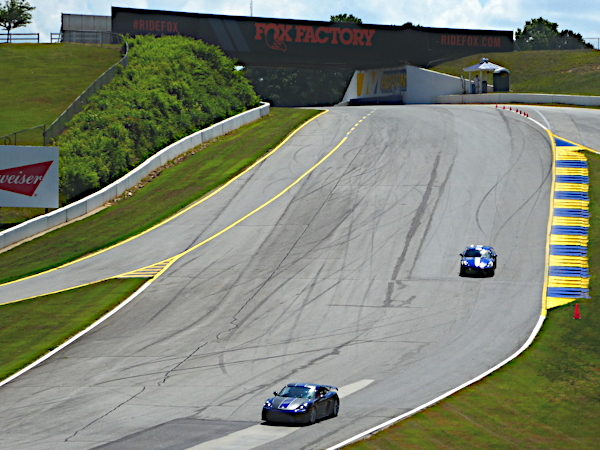 As an aside, I did let Don by after we diced for a lap or two because his mid-engine GT4 and driving skills made him quicker in the corners, and it is just unfair when you have the more powerful car for the straightaways to gun it to avoid being passed and frustrating the quicker cornering driver behind you.  It is part of the courtesy you have to learn on track since this is not a race, but is about learning car control and learning the limits of your car in a safe environment.

The two days of driving and socializing as a team were fun and exhilarating and enjoyed by all.  An important part of the experience is setting goals to achieve on track and based on the Sunday afternoon discussions our drivers were being successful. 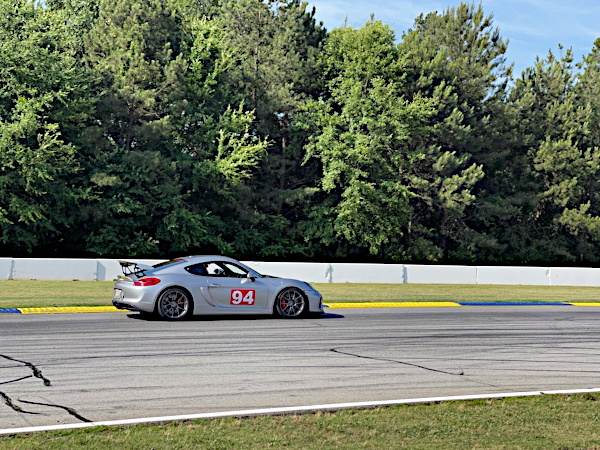 David Wells being a highly skilled advanced driver with in-car analytics is focused on that ideal lap and was set his fastest time yet on a one-lap run, while Scott Rowbatham was focused on how to set up his new GT3 to get the most out of it on the track. 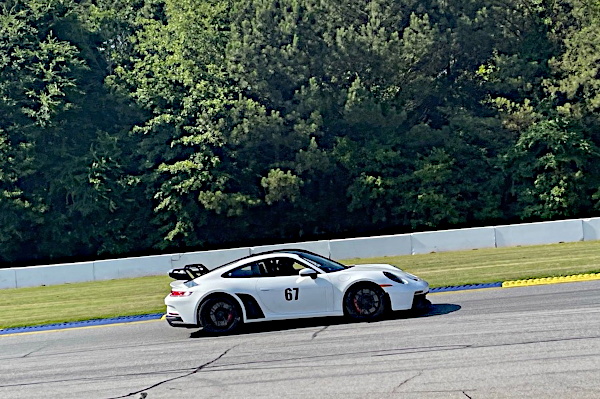 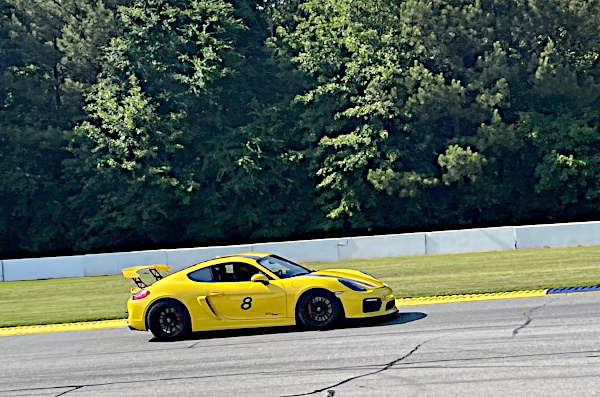 Dan Dazzo was instructing for the weekend and coincidently his student was Appalachian Region first time HPDE driver Gordan Taylor.  I think they both would say they achieved their goals of coaching Gordan how to drive a big fast circuit safely while having fun.  I know Gordan told me he is coming back for more. 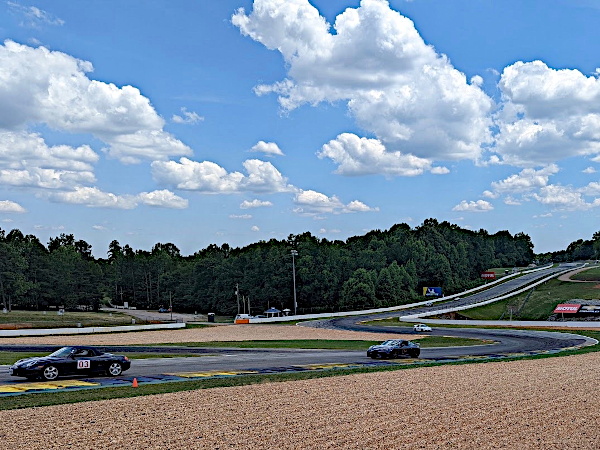 Personally, I achieved my goal of moving from Group 1 to Group 2 where the cars and drivers are faster and more experienced.  This allowed me to drive in Don Therien’s group where he was driving his new GT4 on the track for the first time and learned the nuances of driving a more track-focused car. 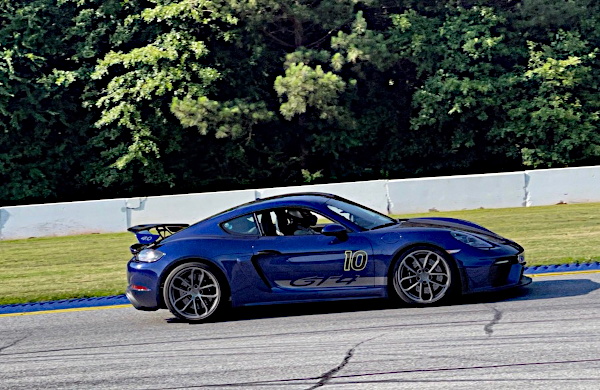 Larry Koupal demonstrated his steady driving to consistently learn a new high-speed track while improving his driving skills.  And Greg Carder’s continual improving skills allowed him to graduate from Group 2 to Group 3 a goal he had set for the weekend. 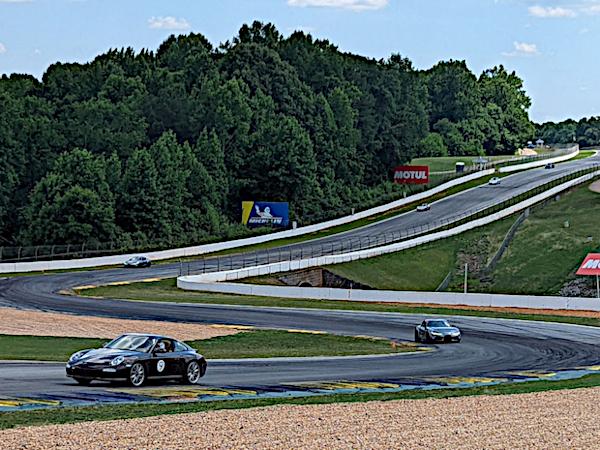 Every Porsche owner should try an HPDE event.  The Region has an excellent program to help you get started.  Watch the newsletter for the next stop in the HPDE Series. 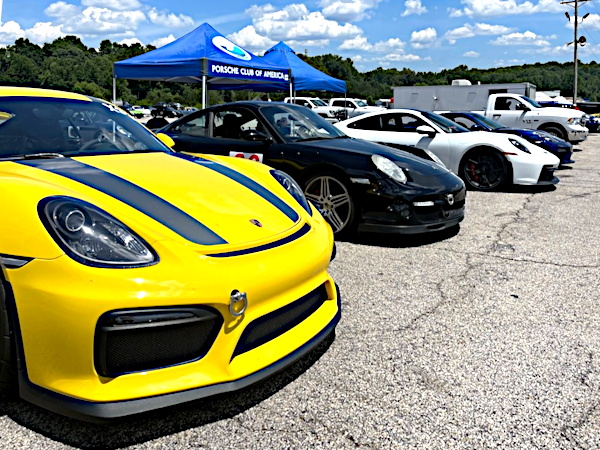 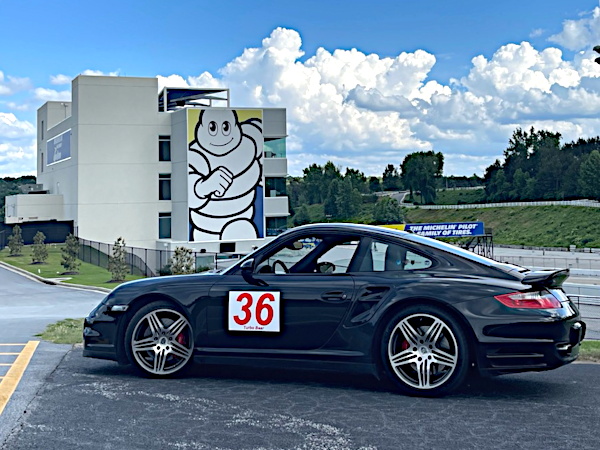