10 Takeaways from My First Porsche Parade

I was a newbie this year at the PCA Porsche Parade, so I thought that I would share my 10 takeaways from my first Porsche Parade. I believe every PCA member should attend at least one Parade.

This year’s PCA Porsche Parade occurred from July 10-18, 2021 in French Lick, Indiana. The host hotel was the French Lick Resort and its sister property West Baden.

I wasn’t quite sure what to expect at a nine day Porsche–focused event even for a Porschephile such as myself. I hedged my bet by planning on having a “lick” of the event by attending four days, from Sunday to Wednesday. My plan was to attend the welcoming events, concours, a tour and an awards banquet.

I had a great time and would definitely attend future Parades. Here are ten reasons why I would recommend every PCA member attend at least one Parade.

If you are going to attend you have to drive your Porsche to the event, so the first reason why Parade is great is that it provides you a reason to drive your Porsche a long distance and if you route yourself right, you see the country. I started the 425-mile trip from Asheville to French Lick with the fastest route Interstate highway trip planned. 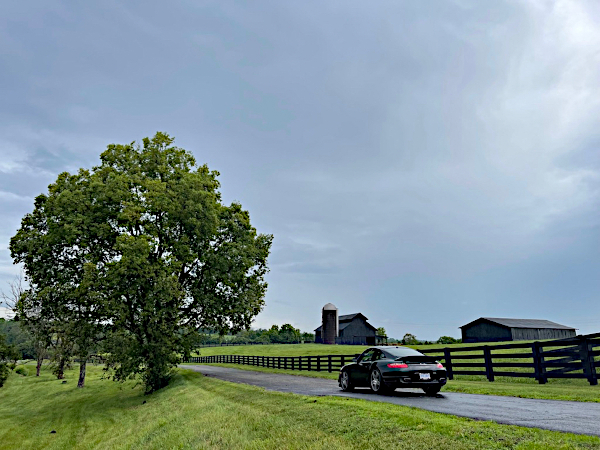 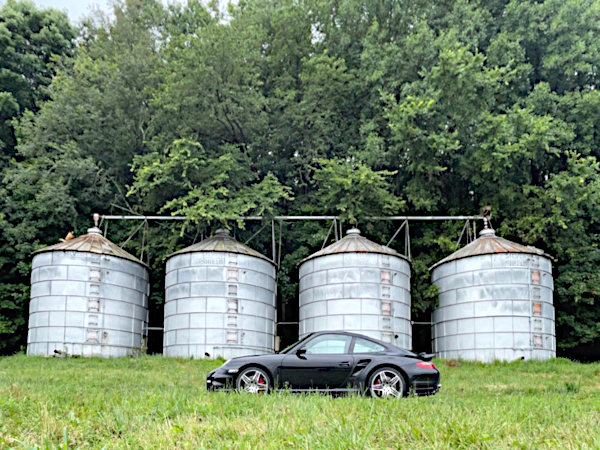 Luckily, I had as a backup, a cross-country back roads journey across Kentucky to Southern Indiana. I love traveling two-lane country roads passing farms and small towns, seeing an America we are all so quickly forgetting about with the need for the quickest route on a monotonous interstate. I saw farms, small towns and ate up pavement in “Turbo Bear”, my 997 Twin Turbo 911, driving an Autobahn Cruiser how it was engineered to be driven. 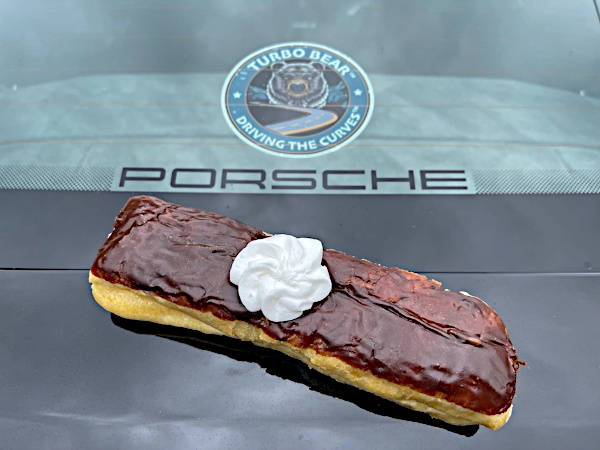 Driving on a Sunday morning, the roads were clear, the weather was fine and car was a Porsche.  How could it get any better? Perhaps my stop at Adrienne’s Donut Shop for a Long John on the Buffalo Trace highway was the topper before pulling into French Lick.

As I approached French Lick, the anticipation was building as I cruised through the welcome gate of West Baden Springs. I stopped to view the dome of West Baden Resort in the distance with a Buffalo monument for the Buffalo Trace framing Turbo Bear after a seven-hour drive. I know Buffalo Trace as a fine Bourbon, but in history Buffalo Trace is the original 12-foot wide trail that Buffalo migrated across from Kentucky to Indiana when Buffalo roamed the country. This Trace (trail) is now Hwy-150 from Louisville to Vincennes, Indiana as has occurred with many original trails and paths as early settlers followed the trails worn across the country by native wildlife.

Seeing the first signs of Parade, quickened my pulse as anticipation built about the great Porsches I would soon be viewing with other Porschephiles who worshipped the brand as much as I do.

A walk into the coffered ceilinged lobby of a hotel built in 1845 brought an elegance and air of special to the week’s events. 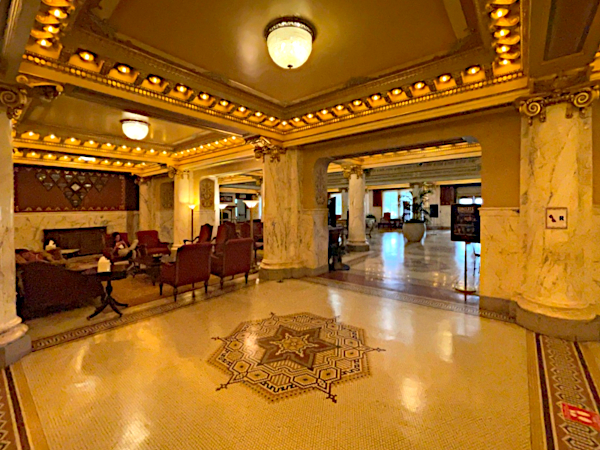 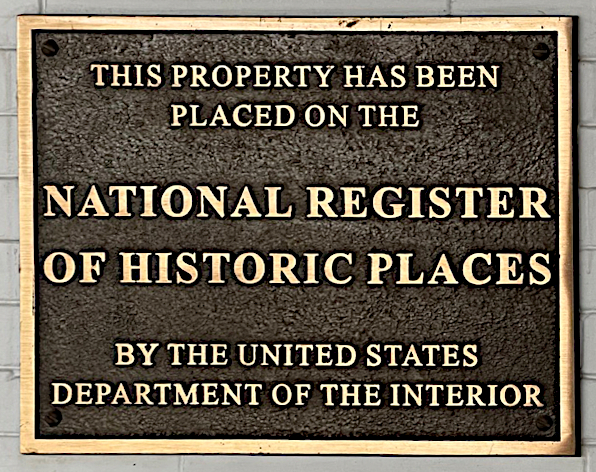 The hotel was beautiful but where are the Porsches?

I would like to say it was a quick trip to the Concours-prep garage, but I was soon to learn that nothing was a quick walk at the French Lick Resort. A walk to my room, to the event center and the concours made a walk at a Las Vegas resort seems like a short stroll rather than the marathon required to travel from your one end of the resort to the next.

The walk was worth it as every imaginable Porsche was being prepped in the garage for the next day’s Concours. Some cars were already tidily covered while other owners continued to fuss about the smallest detail on their Porsche. My focus was on the air-cooled Porsches, but every model was represented from 356’s, several 550 Spyders, 911’s 914’s, and modern 996’s, 997’s, Tacycans, 991’992’s, Macans and Cayennes. 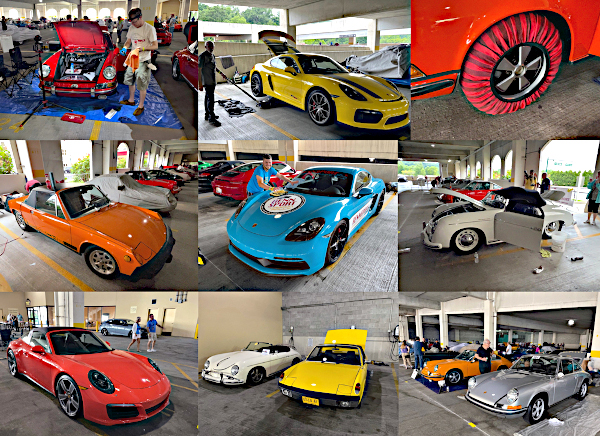 The Pirelli-sponsored Welcome Social on Sunday night was the first official event with Zone gatherings as the warm-up for the social.  Appalachian Region is in Zone 3 and consists of 13 states in the Southeast. It was a great chance to meet other Zone 3 members and re-connect with Zone 3 Rep Rod Johnson and his lovely wife Rebecca who several of us first me at the Smoky Mountain Spring Thing event. 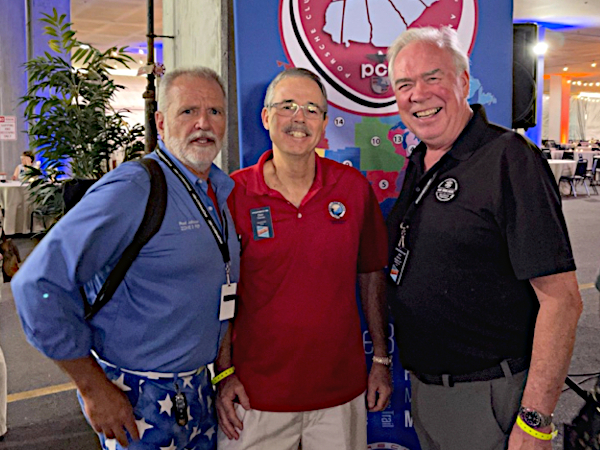 The opening night social provided a chance for Appalachian Region members to meet up and share a beverage as we prepared for a Porsche-packed week. It was just a small group from Appalachian Region including President Don Therien, Vice President Jim Moore, National Safety Chair Dan Dazzo and his wife Gale, National Region Finance Director David Angelus, and Chris and Margaret Onulak.

Since many of us are transfers in from other regions, it was a great chance to connect with members from other regions and make friends with new acquiesces since it is so easy to start a conversation since we all have Porsche in common. 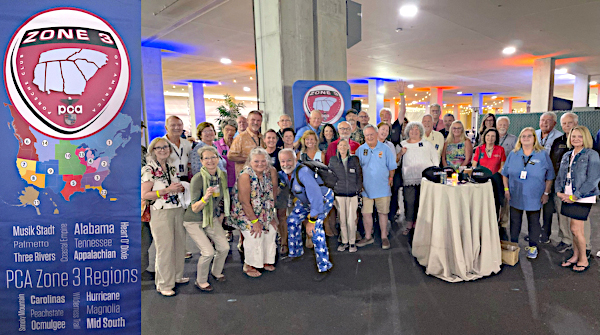 A peek out the window on Monday morning had rain drizzling on the field of green that was planned to be the host for the Concours. Disappointingly, the Concours stayed inside the parking garage where the cars had been prepped. The setting was mundane and did not do justice to the amount of work owners had put into shining and fulfilling their OCD tendencies in preparing their cars for the judges. The event went on, trophies were awarded to the joy of some and the disappointment of others. 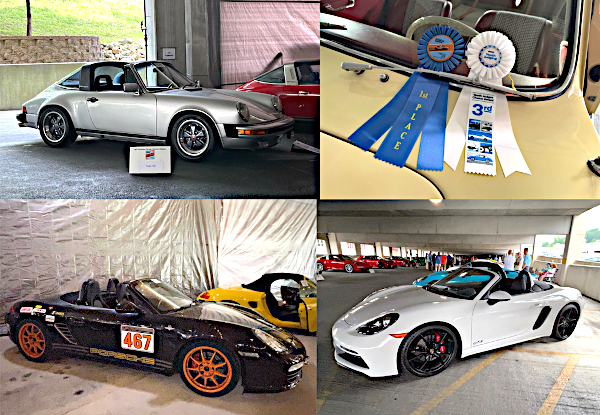 As a spectator I focused on the historic cars, the 356’s, 911’s and the two classes that Appalachian Region members Don and Dan competed in. President Don Therien won first in Class for Street-prepared Macans and Dan Dazzo won3rd place with his GT4 in a highly class of specialty Porsches of GT4’s, Spyders and GT3’s. 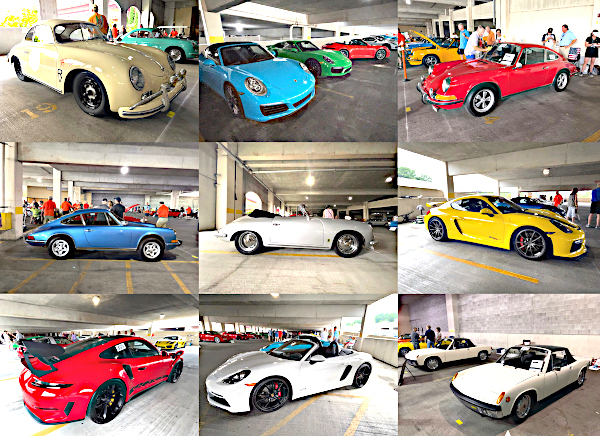 To see a photo gallery of Porsches from the 2021 Porsche Parade see the Air Brigade Photo Gallery. https://www.airbrigade.com/post/air-cooled-porsche-photos-pca-porsche-parade

I learned several differences in National Driving Tours and our regional tours. First, I had volunteered to lead a group, but got booted because National does not allow a driver without a navigator reading instructions. They apparently do not trust a GPS device. 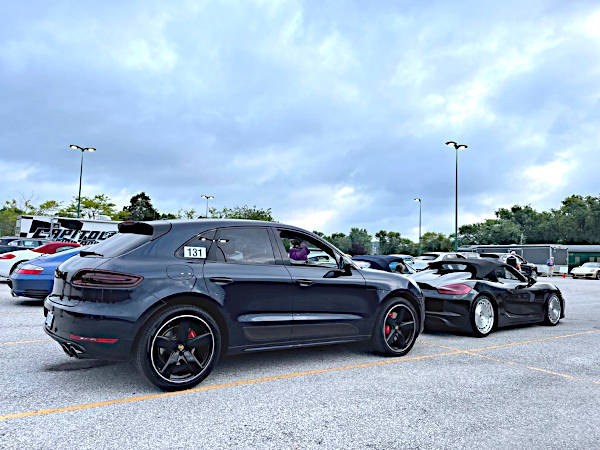 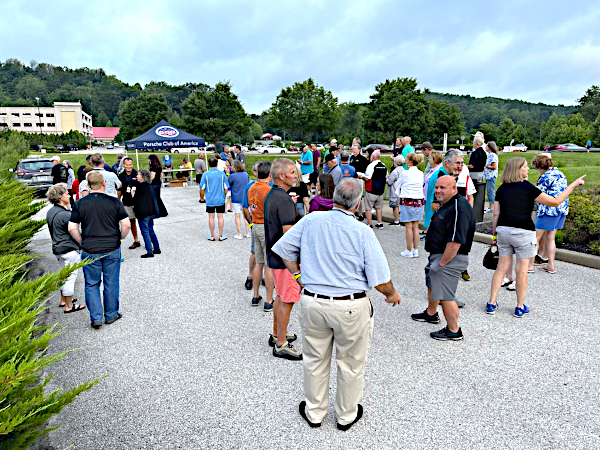 Driver's Meeting for the Morning's Tours

The second major difference is that National Tours are all about the destination as opposed to the drive.  I had signed up for the Buffalo Trace Bourbon Distillery Driving Tour. The tour at the distillery was great, but the drive consisted of 12 Porsches traveling for 2.5 hours down the freeway. I guess you have to weigh out the importance of enjoying a great destination or enjoying driving on Porsche roads in a new area.

You have to sign up to attend the banquets of choice. I signed up for the Tuesday night national awards and Concours banquet.  The cost was $75 a person, plus individual drink costs. The meal was really good, especially considering they were serving 600 plus people at the banquet.

Unfortunately, Appalachian Region did not win any of the National Awards this year. The Region had submitted for Region of the Year and Enthusiast of the Year (Nominating this author, Jim Moore).

It is rare to see a real 550 Spyder let alone two next to each other, plus a one family owned Porsche Speedster that is in its original race condition.  There was also a barn-find Speedster still with the dust and dirt as it was found. Then there were the hundreds of old and new Porsches from drivers to Concours’ Queens to Autocross hustlers to Porsche factory models. Special paint seemed to be the theme from Porsche North America this year. 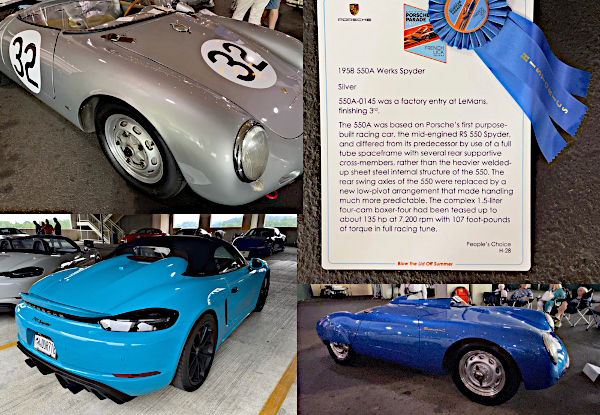 Is “Porsche Overload” a known medical condition? I love all things Porsche, but four days was enough. Every minute was Porsche, and boy was it great; talking Porsches, seeing Porsches and driving Porsches.

I consider the best part of every trip is going home. I love the new sights and sounds of a vacation and meeting new friends and seeing new areas of our great country. But after a week away with all the new stimuli and experiences, nothing beats coming home, and pulling Turbo Bear into my own garage with anticipation of sharing my Parade experiences with other Porsche fans in the Appalachian Region.

The Pocono Mountains in Pennsylvania provide for some great driving road potential.  It appears to be about a 9.5-hour drive from Asheville so it is very doable in a day. Put it on your calendar now for a don’t-miss Porsche event for 2022.

To see a photo gallery of Porsches from the 2021 Porsche Parade: https://www.airbrigade.com/post/air-cooled-porsche-photos-pca-porsche-parade