SUV's on the Road to Wayah

David Stori put together a great and sold-out SUV drive for the Appalachian Region, with 12 SUV’s and 42 members participating.

David led drive group one with Don and Lee Therien as sweep along the Nantahala River to the top of Wayah Bald. Bill and Norma Price led the second drive group with Jim and Linda Moore as sweep. 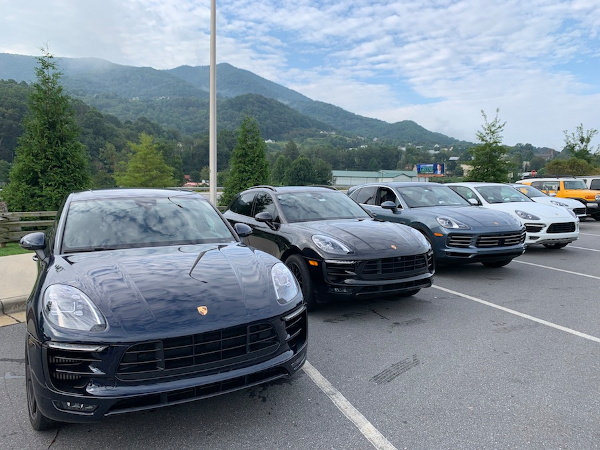 Unfortunately the remnants of Hurricane Laura came to town on the scheduled Saturday drive day.  Potential high winds, lightning and rain on the scheduled drive day caused the club to push the drive back a day.  Several members were not able to make the new day so we ended up with 18 SUV’s total split into two drive groups.

The weather was a great improvement on Sunday with skies only being partly cloudy so participants were able to enjoy the view from the old Lookout Tower at 5,342’.  The Civilian Conservation Corps built the old stone fire lookout tower in 1937 and it still stands today after surviving a fire or two that consumed the Bald. 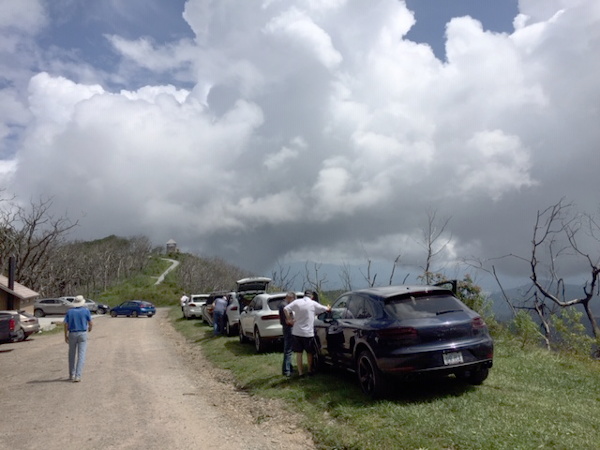 The drive started with a meet-up at the Haywood County Rest Area where a mixture of Porsche, Jeep, Mercedes, Toyota and Lincoln SUV’s appeared.  Not every PCA member owns a Porsche SUV so this drive is a “Drive what you brung” drive providing for a mixture of 4wd vehicles owned by club members.  Carl and Janice even brought their 911 996 that handily climbed the dirt road to the top of Wayah Bald with the top down and hair flowing.

The club’s SUV drives use Forest Service roads that are normally hard-packed gravel providing for easy access by most vehicles but allowing access to off-road scenery in the great forests surrounding Asheville. 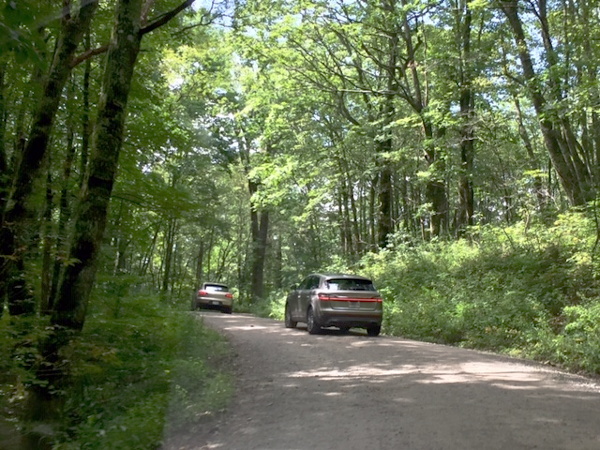 It is hard to beat the drive through the Nantahala Gorge no matter what vehicle you are driving.  Snaking along the Nantahala River provides a beautiful drive of rushing water, small waterfalls and rafters circumventing the rapids.

The drive groups were rewarded at the top of Wayah Bald with a unique picnic area with clear views over the Southern Appalachian Mountains in three states.  Everyone social distanced using the boulders of the picnic grounds as tables. 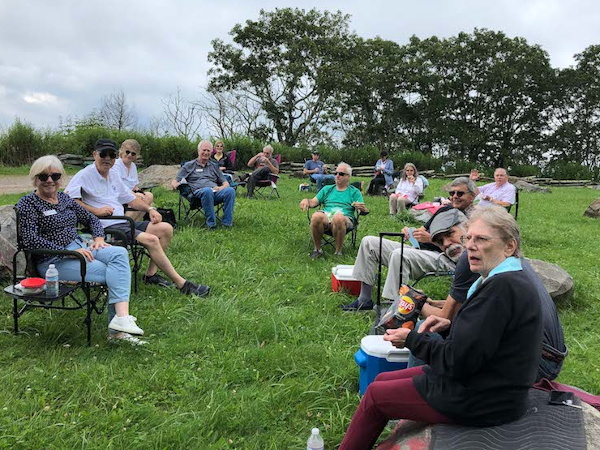 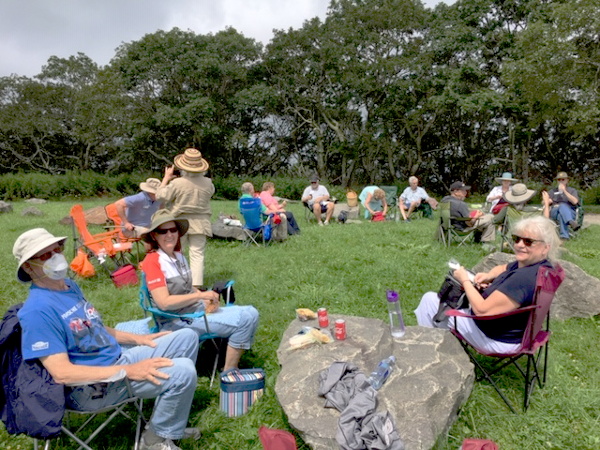 On Saturday, September 19, 2020 we re-start our famous Breakfast Ramble with breakfast at 9:00 am at The Randevu in Cashiers, NC.  The tables are socially distant so we all can eat in safety while socializing with friends. You can register for the breakfast here.

September 19th is Ferry Porsche’s birthday and it is traditional that Porsche owners drive their Porsches that day.  Enjoy your Porsche driving to and from Cashiers for breakfast.

If you want to join a group drive after breakfast, Jim Moore and John Goetzman will lead a drive from Cashiers that uses a variety of Porsche-type roads that will end at the Jukebox Café on US-276 where everyone can easily depart towards Waynesville, Asheville or Hendersonville.  There is no need to commit to the drive now, just come to breakfast, enjoy a meal and if you want to drive, join John and Jim on a drive home.


Pause the slide show by placing the cursor on or below the image.