We held our April Mixer as a video conference.

This was the Appalachian region's first such event, and it went well with six members parricipating. As you can see from the screen shot made during the meeting, the first four to log in have large images while those who come later have only small circles. However, each participant can move a small image to a larger space. Our next mixer on May 13 will also be a video conference – details and registreation. 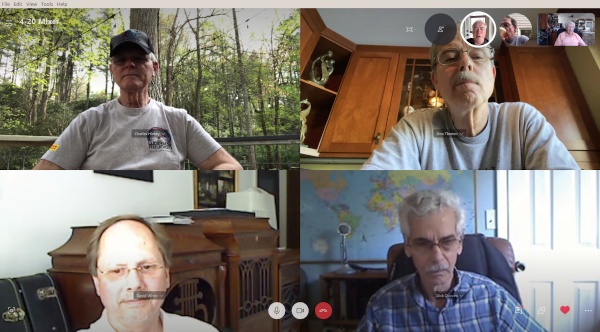