Appalachian Region Vice President Don Therien and his wife Lee, were active participants and winners at the Porsche Parade competing with their 2018 Macan GTS. 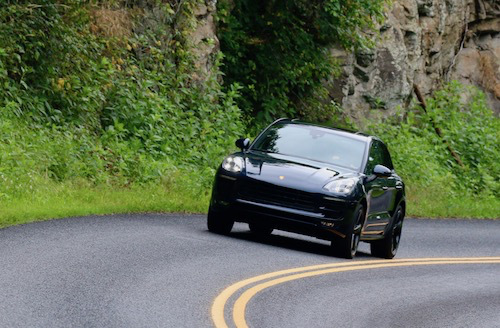 Don competed against Macans and Cayennes in the autocross and won the Showroom Stock category a full second quicker than his competitors. Don credited the PDK system in his Macan as giving him a leg-up on the competition, but I’ve driven against Don and I would say it was his smooth superior driving. 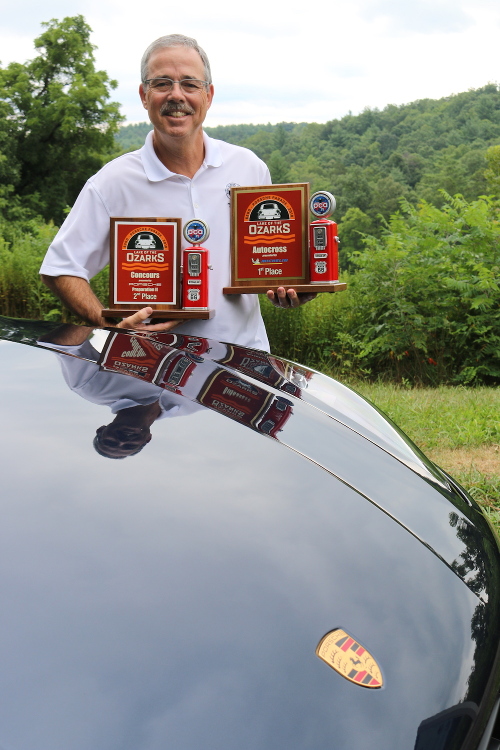 Don and Lee also entered their Macan in the Concours and were awarded second place for their blue metallic Macan with black accents. In the Concours they competed against fellow Macans and Cayennes with a 2017 Macan winning the class.

The trophies awarded for the events were really cool with a Route 66 theme that Don tells me already have a prime spot for display in his den. 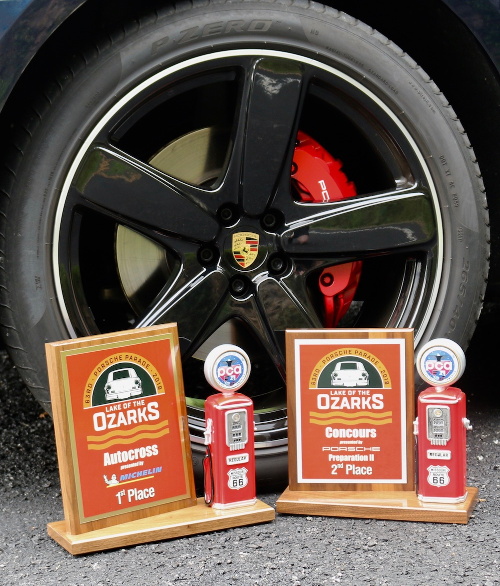