The day started cloudy but once the cars were fired up at the start of The Curves of Madison County tour it was sunny and beautiful.

23 Porsches with a total of 38 drivers and navigators were split into two tour groups to safely curve their way along the Madison County hills and valleys. 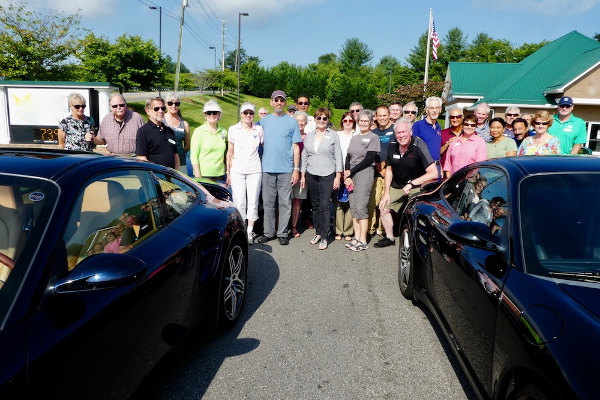 The tour started with a beautiful run down 251 along the French Broad River before we wound our way across Ivy Hill Road.  A car issue caused a split in Tour Group One but we all re-grouped at a turn-off and curved our way off through the rest of Leg One. 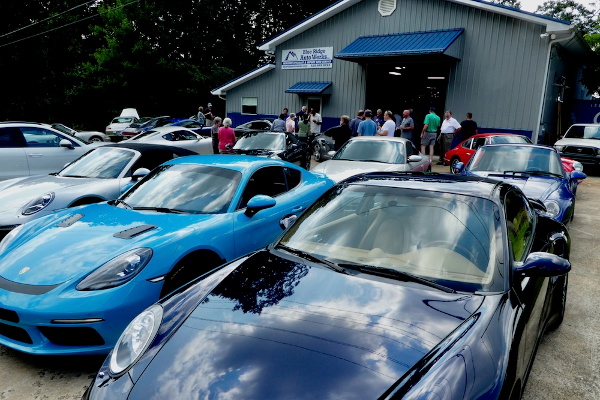 The second leg of the tour wound the cars through the aptly named “Bend of Ivy Road”.  A nice series of curves exercised the Porsches including a SC, several Turbos, Caymans, Cayennes, 911’s and a brand new Macan Turbo.

The second tour group had the opportunity for a few extra curves as Tour Leader Moore missed the turn into Marshall and drove a mile or two before there was a safe turn-around for the line of 12 Porsches. 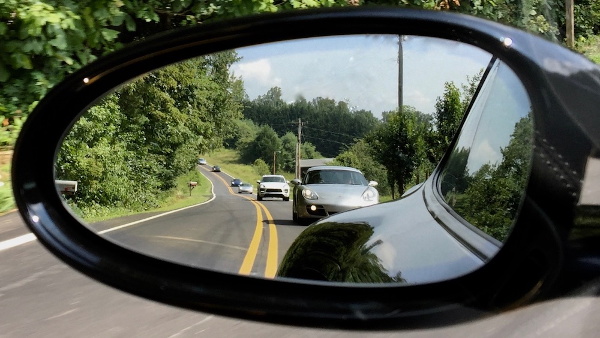 It all ended with the two tours coming together in Marshall at the Sweet Monkey Cafe. Thanks to Tour Organizer Michael Chee and Sweeps Bob Hermann and Joe Watson.