Adding a Rear View Camera to a 981 Boxster - Michael Dietzel

When we got our 2014 981 Boxster, it did not have a backup camera, as Porsche did not offer it as an option that year.

You really cannot see what's directly behind you using the mirrors on a Boxster. In spite of the first rule of Italian racing, what's behind you does matter.

Having tried other alternatives and not being happy with their implementations or results, I finally decided to add an actual rear view camera (RVC) that used the PCM display on my car. I chose to purchase and install one from Maxspeed-Motorsports (MM), ordering a kit, pry tools and PCM programming device.

The kit comes with two version. The difference being, one has a RVC that replaces a license plate light and the other with a center mounted RVC, looking like a factory unit, but requiring removal of the rear bumper and making a hole over the license. I chose the simpler license plate light version.

First, there are very good installation instructions and videos on the Maxspeed Motor Sports website. Print those directions and watch the videos (several times) before ordering or beginning your installation!

The following is my recreation of the efforts to install the kit on my Boxster. This was a DYI activity. There is no heavy mechanical/wrenching required but you will need to remove trim panels and 6 or 7 screws or bolts. Again, I did not choose the center mount/drill a hole, remove the bumper option with the kit!

My first task was to reprogram the PCM. This involved locating the OBD (On-board Diagnostics) port. On my car it's inside the drivers side fuse box. Insert the blue tool into the OBD port.

Next, turn on the car's ignition, tune to the radio on your PCM and then depress the red button on the blue box....

Your PCM screen should then show. 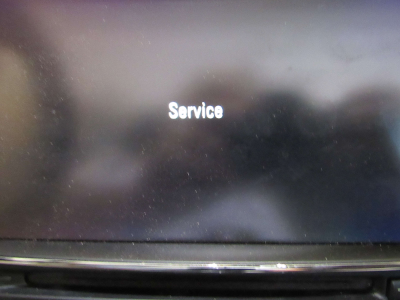 In 10 minutes or less your PCM is reprogrammed (or not, mine took two tries). Going into the car info on my PCM showed: 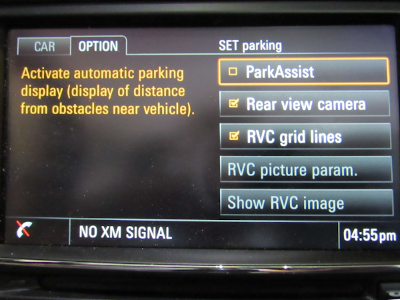 As part of the programming, the PCM will show ParkAssist, you should uncheck that option. Now, comes the really fun part, installing the kit.

In many electronic installations, there is a recommendation that you disconnect the battery before proceeding. I didn't, because I wanted to test the system as it was being installed and was working with plug connectors, not bare wires. No bad electrical things happened with my installation.

Following the MM written instructions, the first step in the removals are the center console trim. Pry up from the bottom and pull back (Note to file: The club should schedule a tech session on removing trim panels.)

This will expose the screws securing the PCM. On my car, these are T25 torx screws. 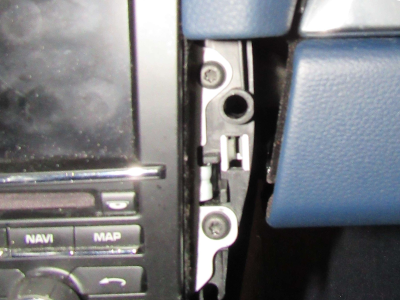 Release the bundled connector from the rear of the PCM (there's a locking lever). Connect the kit between the car and PCM. After joining the kit, cable and camera together and plugging the power cord (red wire) into a 12v feed in the passenger fuse box, you can test the system. Turn on your car and place the shifter into reverse. You should have an image from the camera on the PCM screen.Post this on Facebook and wait for the likes (OK, please don't do that). Turn off your car, disconnect the power from the fuse box, and undo the cable connections.

Following the written directions from MM, remove trim panels from the inside of your car in the order they suggest.

Open the rear trunk and remove the rubber plug that gives you access to the bolt holding the passenger tail light in. Remove the bolt (T25 or 10 mm). The tail light can then be removed by 'popping' the front corner/edge rearward to to release it from the body and sliding it backwards. Disconnect the power cable from the light, putting the light out of the way.

Remove the passenger side license plate light and disconnect its power wires. Starting from the rear taillight opening, work a snake or stiff wire to the hole for the license light. Secure the RVC power (red) and camera cable (yellow) connectors to the snake and pull into the taillight opening. Connect the car power wires to the kit's license light and (re)install the unit into its opening.

I chose to run the kit's video/power cable from the back to the front of the car. I made connections in the taillight cavity, feeding the cable out the the hole for the retaining bolt. I re-installed the taillight and replaced the rubber grommet over the bolt hole.

I will admit that when starting the installation, I had no good idea on how to get the cable from the passenger area into the trunk. Watching the MM video on the procedure for the umpteen time, I noted there's a quick mention of putting the Boxster roof in the 'service position'. Ruling out that meant parking the car in the service lane at Asheville Porsche, I did an internet search discovering the steps needed to make it happen. JOY! There are actually factory opening between the passenger area and the trunk.

The following steps place the top in the service position. 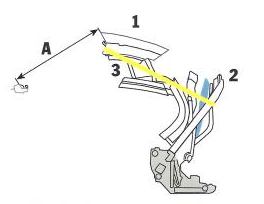 Feeding the cable forward, taping and securing it as required, we arrived at the center console and PCM. After making the cable connections to the PCM and power connection in the fuse box, it was time for another test of the installation. More JOY!

Returning the PCM, roof and trim panels to their original positions, completed the installation.

The display appears on the PCM screen when you engage reverse and there are guidelines responding to steering input.