The region returned to Pete Martin's shop to absorb some tech discussion. 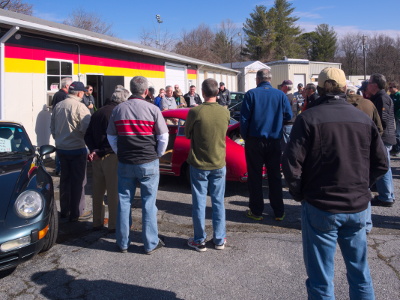 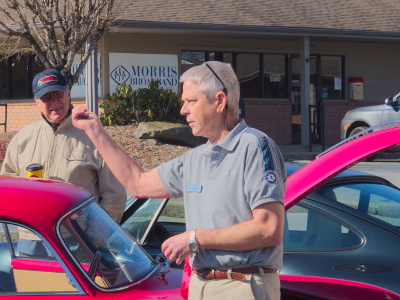 These sessions at Stuttgart Motorwerks are always popular, and this was true on a beautiful March 5, when over 40 members met over coffee and doughnuts to hear some of what Pete has learned during his long association with Porsches, working both at dealers and as an independent. Because so many were present, we began the meeting in Pete's parking lot, but soon moved into the shop to look at some of the cars (and car parts) there. 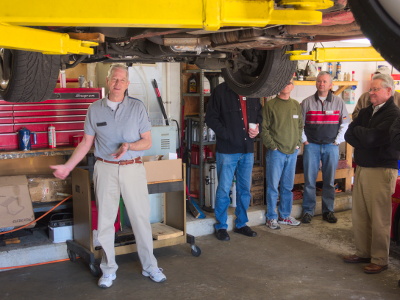 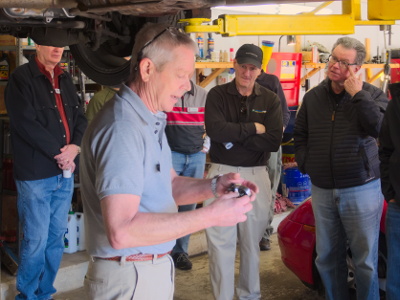 Pete has strong opinions about Porsche's, about the value of OEM compared to after-market parts, and especially about the quality of advice you'll find on the Internet. Yes, those are two of the infamous IMS bearings. If your car has these problematic parts, you should talk to Pete. His recommendation isn't cheap, but it's a whole lot less expensive than many of the alternatives, especially the one of waiting until you hear ugly sounds. 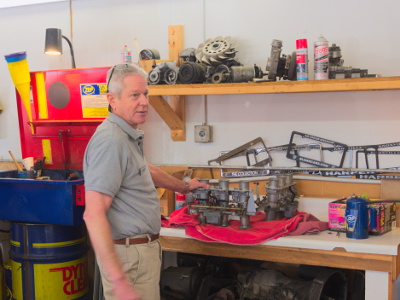 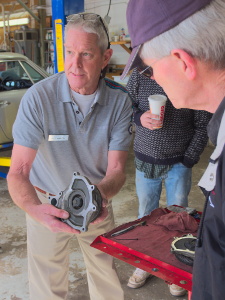 Pete loves Porsches and the parts that compose them. He completely rebuilt these 911 carburettors. The water-pump vanes on modern Porsches are plastic, and when they get old they can break, as this one has. This distributes bits of plastic throughout the water jacket, and some owners are tempted to replace with after-market steel units. However, when these fail, the damage is much worse. Again, before you implement that wonderful approach you found on the Internet, you should talk to Pete. You'll probably save a lot of money. 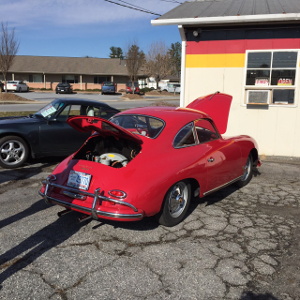 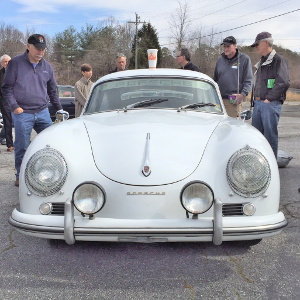 After the meeting there was time to ogle some nice cars. We don't know what the 356 owner thought of the Burger King cup parked on his car's roof, but at least it didn't produce any violence.