The Appalachian Region wrapped up its first year with a Christmas Holiday Party, hosted jointly with Harmony Motors (who did much of the heavy lifting).

It featured a buffet, drinks, live music, dignitaries, and of course socializing, where we could lie about how fast we drive. This was a charity event, and thanks to the generosity of those attending we collected $2000 and a barrel of food for MANNA Foodbank.

The buffet of course received lots of attention, and the servers had to scramble to keep it well stocked. 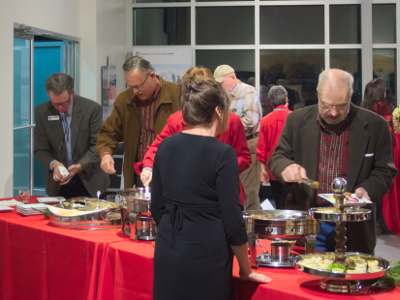 Beer, wine, and punch were flowing all evening at the bar, which encouraged enthusiastic discussions. 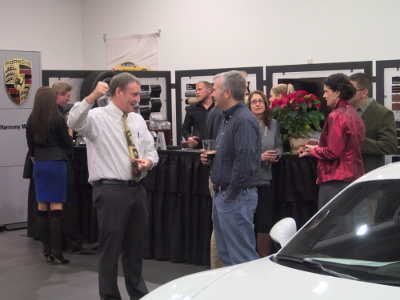 Old friends and new caught up on each others doings. 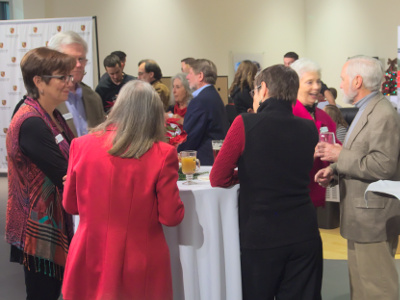 Charlie Schieren, Harmony's Audi & Porsche Sales Manager welcomed us all to the event. 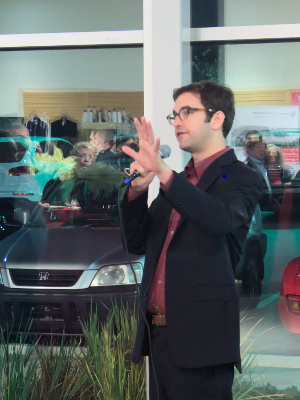 As did Jim Peterson, Appalachian Region's president. Jim later presented Charlie with a plaque appreciating for the support he and Harmony have given to our region. 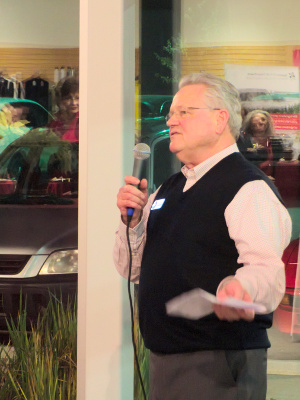 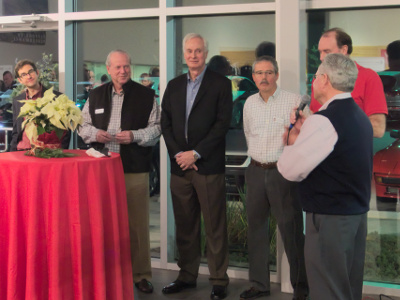 MANNA FoodBank’s Executive Director, Cindy Threlkeld, told us a little about the organization, which in 2014, distributed 15 million pounds of food, enough to provide 34,000 meals every day of the year. They distribute this through 248 partner agencies scattered all over the 16 counties of Western North Carolina. Coincidently this is the same geographical area served by the Appalachian Region. 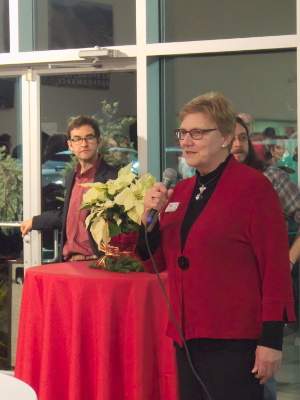 Also, thanks to Harmony Motors, there were door prizes of Porsche merchandise. 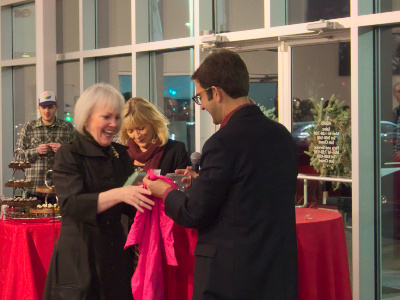 There was still time for socializing after the formalities ended. 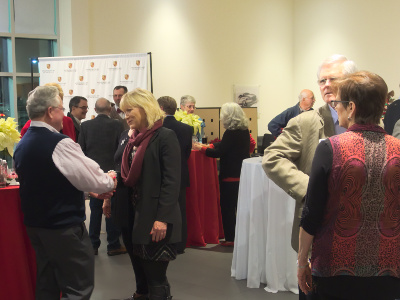 And we enjoyed music throughout the evening. 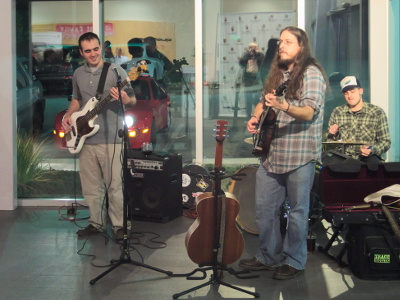