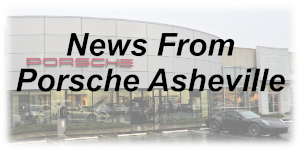 Porsche Asheville will host a Taycan launch party from 6:00 to 9:00 pm. on March 24. Please RSVP here if you plan to attend.

This was announced in Lauren Boylston's August 26 letter. Announcement

On September 25, Lauren's letter described the progress made on this effort. Progress